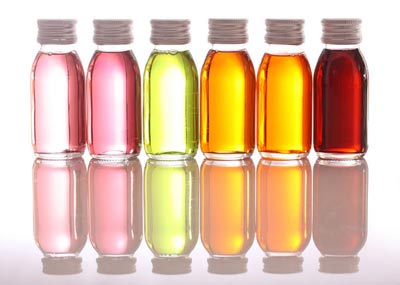 Our body is a storehouse of immense amount of energy being produced through various chemical reactions and this is what metabolism is!

The intake of food is followed by breaking down of all the carbohydrates, proteins, and fats in food to release energy for our use and converting nitrogen to waste given out in urine.

You can think of metabolism as an organized but chaotic queue with enzymes and proteins being standing in a row to make all the necessary chemical reactions happen. But what happens if something wrong? Well, “Metabolic Disorder” they say!

The cause of a genetic metabolic disorder can be a gene mutation preserved through generations! That’s what we call Bad Luck.

Let’s take look at the most common metabolic disorders!

This metabolic disease is common amongst African Americans. It is inherited and is marked by a condition of having not enough healthy red blood cells to carry adequate oxygen throughout your body.

This leads to deficiency of oxygenated cells in your body. As the normal shape of red blood cells is round and they can easily move through your blood vessels.

But in this specific metabolic disorder, red blood cells become very rigid and sticky. They can get stuck in blood vessels.

This disorder is called metabolic disorder because it is caused by a defect in the gene that orders body to form hemoglobin which gives red color to blood. In this disease, the abnormal hemoglobin causes red blood cells to become rigid.

The sickle cell anemia causing gene is inherited through generations following a pattern of inheritance called autosomal recessive inheritance which means that both the mother and the father must pass on the defective form of genet to cause disease in their child. This metabolic disorder is most common in people of European heritage. It is basically a progressive genetic disease that leads to prolonged lung infections and causes difficulty in breathing with time.

In people suffering with this disease, a defective gene leads to buildup of mucus in various organs of body like lungs and pancreas.

This mucus can even clog the airways and traps bacteria leading to infection. Extensive lung damage and respiratory failure can also be caused in extreme conditions. This disease is specially very common in Mennonite communities. In this disease, our body is unable to breakdown different parts of proteins.

Quite interestingly, the urine of people with this condition can smell like maple syrup which is why the disease is named like that.

Caused by a defect in one out of three genes, people suffering with this metabolic condition are unable to breakdown amino acids leucine, isoleucine, and valine. Brain damage maybe caused in future.

In Maple syrup urine disease, the metabolism of certain amino acids is disrupted, thus causing rapid degeneration of the neurons.

It can be fatal if left untreated within the first few months after birth. It can however be treated specially by limiting the dietary intake of branched-chain amino acids.

Commonly occurring amongst Jewish people from Eastern Europe This condition causes an inability to break down a particular kind of fat, leading to the accumulation in the liver, spleen and bone marrow.

This disease can result into bone damage and even death. It is normally treated with enzyme replacement therapy.

It is regarded as the most common lysosomal storage disorder, caused by a deficiency of the enzyme cerebrosidase, needed to break down cerebroside, a component of the cell membrane in blood cells and neurons. Being one of the most common metabolic diseases, diabetes affects almost 8% of US population. It is basically of two types. In type 1 diabetes, the T cells attack and kill beta cells in the pancreas.

This disease is caused by a genetic defect in the phenylalanine hydroxylase enzyme which the basis for classical phenylketonuria.

It can even result in severe mental retardation. This disorder can be however detected by screening newborn blood spots.

If the regulation or utilization of lipoproteins is disturbed, the dietary fibres which are distributed throughout the body will also be affected.

It can result in condition called hyperlipidemia or hypercholesterolemia. These disorders are even associated with cardiovascular disease.

Modification of the diet and administration of certain drugs which inhibit fatty acid synthesis can treat these disorders.

A very common disorder of carbohydrate metabolism is galactosemia, which is due to the inability to form glucose from galactose, the sugar that is found in milk.

Galactosemia is important because newborn screening has been very successful, and simple alteration of the diet has allowed the affected individuals to survive.

Treatment approaches for metabolic disorders can vary from modifying the diet to limiting the amount of a precursor that is not metabolized properly, from using detoxifying agents to provide alternative pathways for the removal of toxic intermediates to enzyme replacement, and from organ transplantation to successful gene therapy, or simple replacement of the defective gene.

Gene therapy is expected to become the most important approach which offers unlimited potential for definitive treatment, and it is being actively investigated as a treatment for virtually all the commonly occuring metabolic disorders around the world.

Most of the genes for the enzymes involved in metabolic diseases have been identified and cloned until now which is indeed remarkable.

Genetic approaches have been used to produce mass quantities of enzymes to use for enzyme replacement. Indeed there is still a lot of untapped potential in genetic engineering with which the metabolic diseases can be cured.